The last I updated you here, my Kickstarter campaign was under way. If you didn’t already see the news, it was a phenomenal success. The project reached 100% funding before it was even halfway through. I’m so thankful for all of my fans and supporters who helped make it happen.

As part of the campaign I posted several videos featuring the Kickstarter rewards. I thought I would gather a few of those here.

The first video shows my We Are One People artist’s multiple. This is a new work I created earlier in 2013 but I debuted it as part of the INTERSECTION Kickstarter campaign. This limited edition boxed set contains my article “We Are One People” (originally published in Georgia Backroads) on a set of 12 cards accompanied by a set of 12 mounted digital chromogenic prints. This multiple is super deluxe and high end. See what it’s like in the video:

END_OF_DOCUMENT_TOKEN_TO_BE_REPLACED

August was a busy month for me (hell, it’s been a busy year with no signs of things letting up any time soon). I thought I would round up a little update here with a sampling of my going-ons this past month.

I showed work from my muse series at a new gallery in Putnam, CT. I was very happy to be part of The Empty Spaces Project’s debut exhibition, curated by Paul Tousaint. It’s an excellent gallery space with beautiful light. The town of Putnam is delightful and artsy (and boasts northeastern Connecticut’s only sushi bar).

END_OF_DOCUMENT_TOKEN_TO_BE_REPLACED

I’m pleased to announce a new solo art show of my photography from the Jordan’s Journey project. It opens Tuesday, 5 June 2012, in Summerville, Georgia at the Summerville Library. I will be presenting a lecture that night at 6pm as part of the show. For those who can’t make it in the evening I am also presenting a lecture the day before at 2pm at the LaFayette-Walker Public Library. This marks the first outing for my art work in my native state (and first show under the name Jordan M. Scoggins).

I hope you will come out to say hello and check out my work. 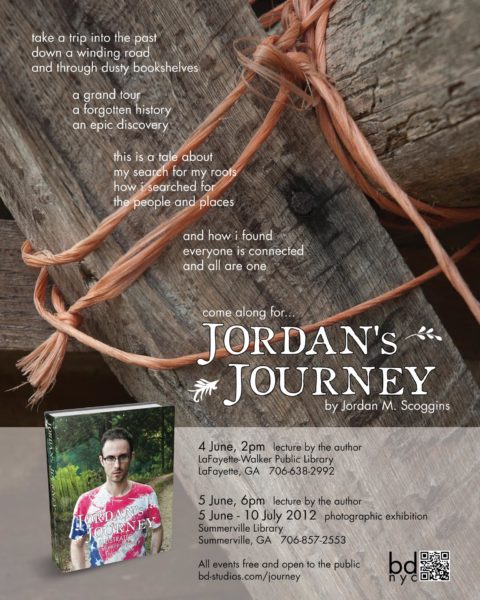 Earlier this week I finally lifted the curtain on my new project, Jordan’s Journey. Be sure to check out the page for more information! 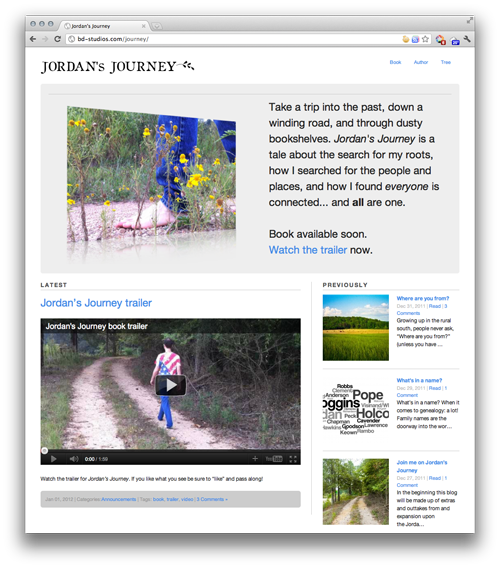