Read the book
Listen to the album

About the book and album

luke kurtis is a Georgia-born interdisciplinary artist. Angkor Wat is his latest book in an ongoing series that combines photography, writing, and design, following INTERSECTION and The Language of History. He lives and works in New York City’s Greenwich Village. 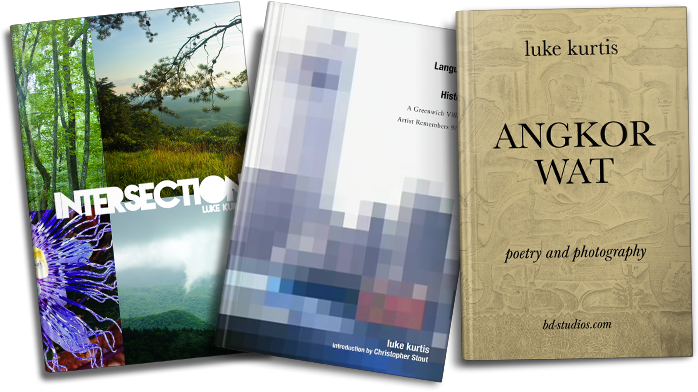 kurtis has peered through the crowds of tourists and found a window on to the meditative spirit and beauty of Angkor—no small feat these days. His pictures and words evoke a place of peace and wonder and capture the complexity of elements that preserve the magnificence of a once-great empire.

author of Elegy: Reflections On Angkor

Listen to the album

The Angkor Wat album is available to buy or stream from all major music stores. In addition to the original spoken word album, there is also an instrumental version which allows you to read the book out loud along with the ambient electronic music.

In verse and photographs, luke kurtis gives a poignant salute to the wonders of Angkor.

author of A Woman of Angkor

For further information, please see the press release. Use our contact form to get in touch.