A STORY-IN-POEMS ABOUT SCHOOL SHOOTINGS

TEENAGERS SPEAK ABOUT GUN VIOLENCE FROM BEYOND THE GRAVE 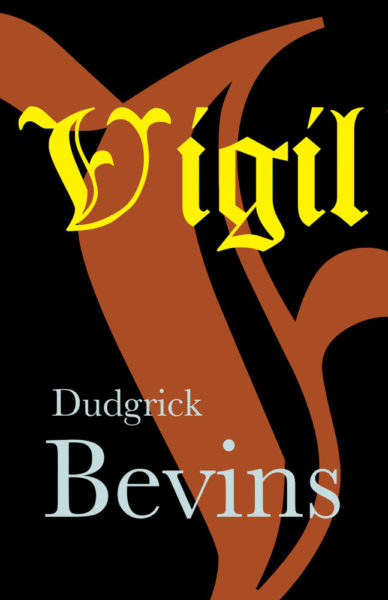 bd-studios.com is pleased to announce Vigil, the second full-length collection by Dudgrick Bevins. The book is a story-in-poems, told from the afterlife by dead teenagers who were victims of a school shooting. Inspired by Edgar Lee Masters’s Spoon River Anthology, a book of poems with characters that speak from beyond the grave, Bevins has imagined the victims of a fictional high school shooting and what they might have to share if they could speak to us. It will be published on July 16th.

Bevins has created a cast of characters representing the typical students you would find in any random high school across the United States. Using well-worn tropes of jocks, preps, geeks, nerds, LGBTQ kids, and more, the poet has rendered a world we can all relate to, whether we attended high school yesterday or decades ago. As it turns out, teenagers in the afterlife share the same wishes, fears, hopes, and dreams as those they left behind.

Vigil serves as both a memorial for the dead but also teaches lessons to the living. Do we value our guns more than we value the lives of countless children and teenagers who never got the chance to enter adulthood and make a difference in the world? Bevins is not afraid to use his verse to stand for an idea.

”I reject the notion that guns don’t kill people, people kill people.’ Instead, I believe, people with guns kill people,’” says the poet. ”I think we need to take a hard look at American masculinity, violence, and individualism. Vigil purposefully shifts attention away from the killers as characters, but I do think until we heal the wounds that make young men, and it is almost entirely men, carry guns into schools and shoot their peers, violence will persist.”

But Bevins is quick to clarify that Vigil is not political in nature. ”People think things like being safe’ or not getting shot by the police’ are political. These are not political issues,” he says. ”Gun violence and the myriad reasons that bring it to life are ethical and moral issues; they are issues of humanity, not policy.”

When asked what he hopes readers will take away from the book, Bevins remains hopeful. ”There is so much to mourn and so much to heal. Vigil is simply about a school shooting. However, I hope that eventually, it must become about something else; that is, I hope school shootings become so rare and distant that my poems more closely resemble science fiction than current events.”

Vigil will be available from bd-studios.com or your favorite bookstore on July 16th.

Dudgrick Bevins is a queer interdisciplinary artist from North Georgia who lives, teaches, and creates in New York City. His poetry volumes are published by bd-studios.com and Poet’s Haven.

bd-studios.com is the art and publishing studio by luke kurtis. Vigil by Dudgrick Bevins is the newest poetry publication, following like an angel dead in your arms: early poems 1995—1999 by luke kurtis and (This Is Not A) Mixtape for the End of the World by Daniel Shapiro, both from last year. A debut solo collection from Anastasia Walker is forthcoming. Other releases from bd include an ongoing line of artists’ books such as the recently published Architecture and Mortality by Donald Tarantino, Just One More by Jonathan David Smyth, and The Animal Book by Michael Harren.

”In a time where we must continue to scream Black Lives Matter!’ as police officers strangle Black and Brown people in the streets; in a time where women, queers and trans people must still fight to prove their humanity to cishet White men who scoff at their concerns; and in a time where the voices of our youth are taken away from us before they’re even given a chance to recognize their own potential, Vigil reminds the rest of America, once again, to listen.”