ON ANCESTORS, MEDIUMSHIP, & THE BEYOND 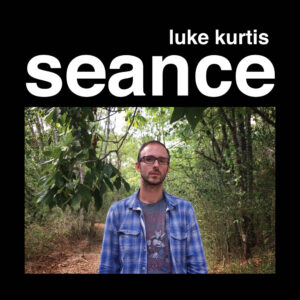 bd-studios.com is proud to announce seance, the latest experimental short film from luke kurtis, and an EP of electronic music from the film. Both will be available on 26 February 2021.

Building upon kurtis’s the woods are watching and convergence projects, seance extends those earlier installations into the realm of performance. The work explores the artist’s roots in the rural south and features a cameo by his mother. ”Directing my mother was something new and different. While my father appeared in woods and convergence,” the artist recalled, ”my mother never showed up on screen.” This time around, she’s not only there but plays an important if brief role in the film.

”Of my interest in ancestors and genealogy, someone once told me it’s a form of mediumship,” says the artist. ”And that really comes through in this work. I think of my ancestors all the time. I talk to my grandmothers and grandfathers, those who came generations before me. If that’s not a form of seance, I don’t know what is.”

But don’t go into the film expecting a clearly defined narrative, nor the documentary style of kurtis’s earlier videos. seance is firmly within the avant-garde tradition more associated with the artist’s adopted home of New York City than his ancestral homeplace in Villanow, Georgia, where it was filmed. He hopes to highlight a tradition of rural avant-garde art. ”Folk art and outsider art are what most people think of coming out of the rural south. My work is a kind of outsider avant-garde or countryside conceptual. Outsider art need not be folksy all the time.”

kurtis admits his combination of the rustic and the experimental doesn’t compute for some. ”A lot of people where I’m from don’t understand what I do. They sense it’s somehow weird or out there.’ And in New York, nobody knows what to think of the other side of it. So, as usual, I exist at an intersection between worlds. Maybe that’s why I’m so interested in places beyond. And why I’ve held a seance in the form of this film to open up that portal.”

seance was composed in 2014 and debuted on MikeyPod, the podcast by Michael Harren. A remix by Harren appears on the EP. The film was completed in 2017 but has remained unseen until now.

The seance short film will be available to stream via bd-studios.com and YouTube. The soundtrack EP is available from your favorite streaming service.

luke kurtis is an interdisciplinary artist making experimental music, films, and more. Ideas are the root of his work, forgoing any signature style in favor of conceptually-driven aesthetics and design. His albums include obscure mechanics and electronic quartets.

bd-studios.com is the art and publishing studio by luke kurtis. Our poetry books include (This Is Not A) Mixtape for the End of the World by Daniel M. Shapiro, Train to Providence by William Doreski and Rodger Kingston, Route 4, Box 358 by Dudgrick Bevins, and several titles by luke kurtis. Our line of artists’ books includes Architecture and Mortality by Donald Tarantino, The Male Nude by Michael Tice, Just One More by Jonathan David Smyth, and The Animal Book by Michael Harren.