A DECADE AND A HALF OF POETRY 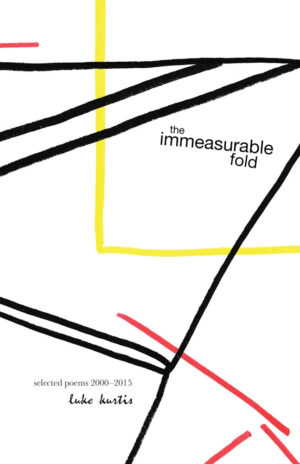 bd-studios.com is excited to announce a surprise new release in celebration of National Poetry Month. the immeasurable fold: selected poems 2000-2015 is a new collection by luke kurtis which compiles the poet’s best work from various publications alongside many previously unpublished poems. The book is available now in paperback and eBook formats. Also available is a 10th-anniversary reissue of luke kurtis’s 2008 debut full-length album, obscure mechanics.

the immeasurable fold is an autobiographical poetry collection that explores the poet’s trajectory from rural southern farm boy to life as a Greenwich Village artist. The poems recount memories of family, hurt, love, loss, joy, sadness, longing, and forgiveness all through the lens of a spiritual reckoning.

Not a typical selected-works collection, nor exclusively new work, the immeasurable fold is based upon a manuscript of poems written in early 2000 titled lazy dreams and other memories. Though the full-length manuscript remains unpublished, in 2005 kurtis included a selection of those poems (along with a few newer ones) in his debut solo exhibition, for which he used the same title. bd-studios.com published a small, limited edition exhibition catalog of those poems and photographs. Long out-of-print, those poems, additional/unpublished poems from the original manuscript, as well as new poems written in the years since—altogether spanning a decade and a half, from 2000 through 2015—have been compiled in this new collection.

Accompanying this new release is a re-issue of kurtis’s 2008 debut full-length album, obscure mechanics. Previously only available from the artist’s website as low-resolution mp3s, the album is now widely available in a newly remastered edition. The highly experimental album is as equally influenced by minimalist composers like Philip Glass and Steve Reich as it is by noise bands such as Throbbing Gristle and Black Dice. New bonus tracks, all previously unreleased but composed and recorded around the same time as the rest of the album, provide new insights into the artist’s composition practice.

Both of these new releases also feature drawings by kurtis. Together, the book and album reflect the artist’s long-standing interdisciplinary approach to combining poetry, music, and visual art. While his more recent work, notably the Angkor Wat project, treads decidedly new territory, the core emphasis on minimal and experimental styles reflects an artist not only committed to his practice but one who has a clear—if obscure and immeasurable—creative and poetic vision. 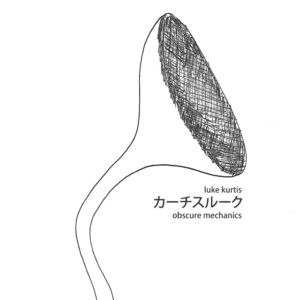 luke kurtis is a Georgia-born interdisciplinary artist. His books include INTERSECTION, The Language of History, Angkor Wat, and Georgia Dusk (with Dudgrick Bevins), all part of an ongoing series that combines photography, writing, and design. He lives and works in New York City’s Greenwich Village.

bd-studios.com is the art and publishing studio by luke kurtis. the immeasurable fold is the newest poetry publication, following Georgia Dusk by Dudgrick Bevins and luke kurtis from last year. A debut solo collection from Dudgrick Bevins is forthcoming. Other releases from bd include an ongoing line of artists’ books such as the recently published Just One More by Jonathan David Smyth, as well as Retrospective by Michael Tice and Tentative Armor by Michael Harren.