TRANSGENDER POET AND ACTIVIST SPEAKS OUT

DEBUT COLLECTION IS A MEDITATION ON COMMUNITY, HISTORY, NATURE 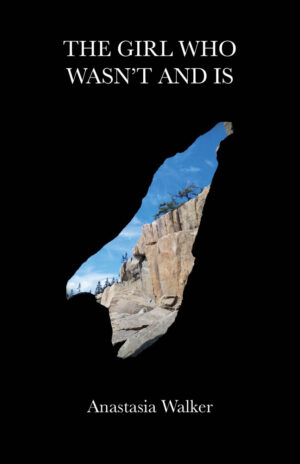 bd-studios.com is pleased to announce The Girl Who Wasn’t and Is, the debut poetry collection by Anastasia Walker. The book is a deeply personal work and a meditation on community, history, and the natural world. In a series of poems and a closing autobiographical essay, the poet embraces her identity as a transgender woman through a harrowing, wonder-full journey from her childhood on the Maine coast to her post-transition life in Pittsburgh, Pennsylvania. It will be published 4 February 2022.

Written mainly during and after the poet’s coming out in midlife, The Girl Who Wasn’t and Is captures the intense reckoning many people face during this process. ”I experienced guilt over what I saw as my own cowardice, and rage at the world for making it so difficult for people like me simply to exist,” she remembers. Her poems capture a sense of loss and the accompanying ”gut-punching sadness,” as she describes it.

Some of the poems recall personal challenges, from learning how to deal with a loved one’s discomfort around the poet’s transness (”The Length of an Arm”) to working out how to handle transphobic micro-aggressions from strangers (”Night Songs”). Other poems are rooted in experiences of the trans community at large (”Remembrance (January 2013)”, ”For Muhlaysia,” ”The Hole”). Walker also uses her voice for racial justice, as in ”9:29 Is Long Enough,” a poem about the murder of George Floyd. Her allyship circles back to the familial with ”i, scattered,” which imagines how her brother’s drawing expresses his experience of Parkinson’s disease.

This sense of intersectional activism and compassion reflects the poet’s desire for connection. ”Growing up, I didn’t know anyone like me, and until my teens, I didn’t know if anyone else like me even existed. Feeling profoundly alone drove me to look for ways in which I wasn’t a freakish singularity, but was simply a person with something different about her.”

Her youthful feelings of isolation, Walker says, also caused her to embrace her place in the natural world.  ”The inexorable cycle of the seasons, the turning from the aching, fleeting beauty of summer to the frigid, sparkling bleakness of winter, impressed on me a sense of place—of being molded by a particular place, and of my place in the larger order of things.” This sense of connection forged in her a deep bond with the natural world, ”especially with the stark, stoic beauty of the Maine coast,” she says. Her photos, which appear throughout the book, are ”informed by a lyrical impulse” that reflects this bond. Several poems from the book, such as ”The Girl with Eyes of the Sea,” ”Love Song (Congruence),” and ”The Girl Who Collected Feathers,” are similarly born of these complex feelings and associations around place, self, and love.

Walker hopes her book will help cisgender readers learn more about what it’s like to be trans, and in doing so, to see the trans community as friends and neighbors rather than a set of statistics or a political wedge issue. She feels our differences, whether they stem from gender, sexuality, race, or anything else, need not separate us. ”Honoring our differences helps us recognize the broad commonality of our suffering and other experiences as members of the human species,” she says.

Walker’s journey to embracing her identity as a trans woman and role as an activist for intersectional pride may have taken several decades, but her voice rings out clear. The Girl Who Wasn’t and Is shares the joy of one poet finding her path and the wonder and magic she experienced along the way.

The Girl Who Wasn’t and Is will be available from bd-studios.com or your favorite bookstore on 4 February 2022.

Anastasia Walker is a poet, essayist, and scholar originally from Maine but now calls the Pittsburgh area home. She volunteers for the Transgender Law Center’s Prison Mail program and is a proud member of her community’s Indivisible group. She’s a passionate amateur photographer and musicologist and loves going for long walks and swimming in the ocean.

bd-studios.com is the art and publishing studio by luke kurtis. The Girl Who Wasn’t andn Is is the newest publication in an ongoing line of poetry books. Earlier titles are Train to Providence by William Doreski and Rodger Kingston and Vigil by Dudgrick Bevins, among others. Our line of artists’ books includes The Animal Book by Michael Harren, The Male Nude by Michael Tice, and Just One More by Jonathan David Smyth.