APPROPRIATION, NETCAMS, AND QUEERNESS IN THE DIGITAL AGE 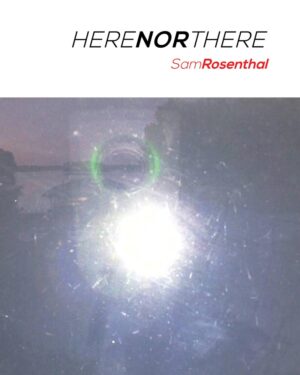 bd-studios.com is pleased to announce our latest book, Here Nor There by Sam Rosenthal. Here Nor There presents the artists’ recent body of work of the same name which explores the confluence of conceptual photography, Internet technology, and queer identity. The book will be available at a book launch event at the Bureau of General Services—Queer Division on 21 September at 7PM. Rosenthal will also present a talk about his work followed by a brief Q&A session.

Sam Rosenthal first used the Internet as a confused and closeted gay teen who longed for an online escape from his offline reality. Rosenthal explores the alienation he experienced socially and the refuge he found on the Internet by appropriating images from real-time network cameras, known as “netcams.” The cameras are accessed through unencrypted servers on the world wide web and are available to anyone with an Internet connection. Information such as geographic location and ownership of these netcams isn’t provided, leaving the cameras without identity or clear intention. Yet, still, the artist sees them as an escape. “I believe I’ve visited these places even though I don’t know where they are,” he says.

For Here Nor There, Rosenthal sought out camera feeds displaying uncanny scenes; the ones familiar and mundane, yet unidentifiable and dreamlike. The book features fantastical imagery of palm trees, pastel colors, and vibrant sunsets that conjure up feelings of an idealistic world. But Internet connections are imperfect and data loss often translates into visual flaws of pixelation and static, breaking those idealistic illusions. This assault of dropped packets disrupts the fantasy and grounds the images in reality. The Internet can never provide a permanent escape, leaving both the artist and his viewers lost somewhere in cyberspace, neither here nor there.

Here Nor There contains over 20 images and features a conversation between Rosenthal and fellow artist Todd Durm. It will be available to order in paperback from all major book retailers. An eBook version will be available on Amazon Kindle, Apple iBooks, and Google Play.

Sam Rosenthal is an image-based artist examining Queerness in context of the digital age. He uses electronics, both modern and obsolete, to define the mutability of an image by employing unconventional, and often, experimental modes of processing. These methods include the exploitation of internet camera networks, data and signal manipulation, and scanography to represent his Queer experience. Visually, his work appears degraded as evidence of process and is juxtaposed by traditionally picturesque imagery. Sam lives and works in New York City.

Todd Durm is an artist whose work is an exploration of memory, sexuality, and the LGBTQ identity. Born in Marietta, Ohio, he received his BFA in Photography from Parsons: The New School for Design and currently lives and works in Brooklyn, NY.

bd-studios.com is the art and publishing studio by luke kurtis. Here Nor There by Sam Rosenthal is the newest publication in our ongoing line of artist’s books, following Michael Harren’s The Animal Book and Jonathan David Smyth’s Just One More. Upcoming releases from bd include the debut full-length poetry collection from Dudgrick Bevins.