MISSING LINK BETWEEN HIS EARLY AND MORE RECENT COMPOSITIONS 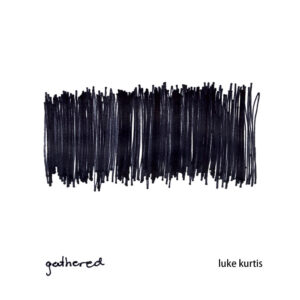 bd-studios.com is pleased to present gathered, an album of newly available experimental electronic music from luke kurtis. Following the reissue of obscure mechanics, gathered is not a reissue, but a selection of material composed and recorded in 2008. Released here for the first time, these tracks expand upon the experimental techniques of that debut album while laying the groundwork for future music in the 2010s, such as his electronic quartets suite and the Angkor Wat instrumentals.

”Even though these tracks are over a decade old, this is the first time anyone has heard them,” explains kurtis. The artist is excited to finally share these works, which he sees as part of an overall interdisciplinary practice along with his essays, poetry, photography, digital collage, and design. ”There’s a thread that connects everything I do. The music on gathered expresses in sound things I can’t put into words or depict visually. When you gather it all, my full vision emerges.”

As part of the artist’s project to document and make his work accessible to the public, kurtis has several other music and book projects in process that will also be published by bd-studios.com over the coming years as we continue to organize and document his archive.

gathered will be released on 20 September from all major music retailers.

luke kurtis is a Georgia-born interdisciplinary artist. His previous albums include obscure mechanics, Angkor Wat, and electronic quartets. His books include INTERSECTION, The Language of History, Angkor Wat, and Georgia Dusk (with Dudgrick Bevins), all part of an ongoing series that combines photography, writing, and design. He lives and works in New York City’s Greenwich Village.

bd-studios.com is the art and publishing studio by luke kurtis. Our primary publishing projects are a series of Artists’ Books by a diverse range of artists working in various styles and mediums and a small-but-growing line of Poetry Books, in addition to a series of experimental music releases by luke kurtis.